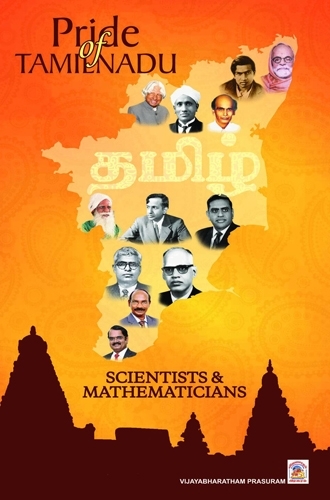 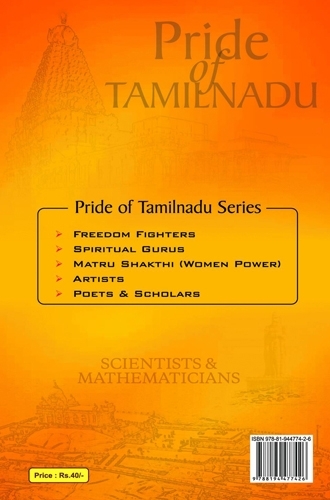 ‘Vijayabharatham Prasuram’ intends to bring out the lives of hundreds of personalities (both known and unknown) who have contributed to the pride of Tamilnadu in various fields. The present book titled ‘Pride of Tamilnadu – Scientists & Mathematicians’ is one such attempt. The lives of notable personalities of Tamilnadu have been broadly categorised under six headings viz., Freedom fighters, Spiritual Gurus, Scientists and Mathematicians, Artists, Poets and Scholars, Matru Shakti (Women Power). The books are a compilation work inspired from various sources which includes some copy right materials also.